Greek Blasphemy Laws under the spotlight of UN CERD Committee

The UN Committee on the Elimination of Racial Discrimination endorses recommendations jointly submitted by the Humanist Union of Greece, the European Humanist Federation and the International Humanist and Ethical Union.

It is in this context that three Humanist organizations, the Humanist Union of Greece, the European Humanist Federation and the International Humanist and Ethical Union recently made a joint submission to the UN CERD asking for the repealing of blasphemy laws that still exist (and are sometimes even enforced) in Greece.

The Committee met on 3 and 4 August and included the following points in its concluding observations, thereby fully endorsing our organisations’ positions:

18. The Committee is concerned about the continuing existence of blasphemy legal provisions and the risk that they may be used in a discriminatory manner that is prohibited under the provisions of the Convention (art. 5 (d) (vii)).

19. The Committee recommends the State party to abolish articles 198 and 199 on blasphemy from its Criminal Code.”

The three organisations had already managed to get a clear commitment from the Greek government in October 2015 but unfortunately the country has not yet transformed its promises into reality. The next step will be to call the attention of the UN’s Human Rights Council at the next “Universal Periodic Review” (a combination of the conclusions of half a dozen specialized UN committees).

If you ever wondered what a “blasphemy law” looks like, the Greek example is reproduced below.

Article 199 CC: “Blasphemy Concerning Religions: One who publicly and maliciously and by any means blasphemes the Eastern Orthodox Church of Christ or any other religion tolerated in Greece shall be punished by imprisonment for not more than two years.”

For more information on whether this law is still enforced, we recommend this short article: http://www.reuters.com/article/us-greece-blasphemy-idUSBREA0G0O620140117

Our organizations welcome UN CERD’s concluding observations published on 29 August 2016 and request that the issues raised therein are integrated in the HRC’s recommendations to Greece.

In particular, Greece should be urged to:

[1]  “While the [antiracism] law covers the recommendation contained in § 18 c of ECRI’s General Policy Recommendation (GPR) No. 7 on national legislation to combat racism and racial discrimination, which relates to racist threats, it does not address those in §§ 18 b, referring to insults and defamation, or 18 f, concerning the public dissemination, public distribution or production or storage of racist material” [emphasis added]

Spokesperson for the UN High Commissioner for Human Rights

“We welcome last Friday’s decision by France’s highest administrative court, the Conseil d’Etat, to suspend the ban adopted in the seaside town of Villeneuve-Loubet on supposedly inappropriate beachwear – which had been widely interpreted as targeting the burkini and other forms of dress worn by Muslim women.

We call on the authorities in all the other French sea-side towns and resorts that have adopted similar bans to take note of the Conseil d’Etat’s ruling that the ban constitutes a grave and illegal breach of fundamental freedoms. We urge all remaining local authorities which have adopted similar bans to repeal them immediately, rather than exploit the limited geographical scope of this particular decision in order to keep their highly discriminatory bans in place until the end of the current holiday season.

According to international human rights standards, limitations on manifestations of religion or belief, including choice of clothing, are only permitted in very limited circumstances, including public safety, public order, and public health or morals. In addition, under international human rights law, measures adopted in the name of public order must be appropriate, necessary, and proportionate.

We fully understand – and share — the grief and anger generated by the terrorist attacks carried out in France in recent months, including the atrocious 14 July attack in Nice. However, these decrees do not improve the security situation but rather fuel religious intolerance and the stigmatization of Muslims in France, especially women. By stimulating polarization between communities, these clothing bans have only succeeded in increasing tensions and as a result may actually undermine the effort to fight and prevent violent extremism, which depends on cooperation and mutual respect between communities.

Clearly, individuals wearing burkinis, or any other form of clothing for that matter, cannot be blamed for the violent or hostile reactions of others. Any public order concerns should be addressed by targeting those who incite hatred or react violently, and not by targeting women who simply want to walk on the beach or go for a swim wearing clothing they feel comfortable in.

Nor can it be claimed that such a ban on beachwear is necessary on grounds of hygiene or public health.

Dress codes such as the anti-burkini decrees disproportionately affect women and girls, undermining their autonomy by denying them the ability to make independent decisions about how to dress, and clearly discriminate against them. In addition, as has been widely noted, the manner in which the anti-burkini decrees have been implemented in some French resorts has been humiliating and degrading.

Achieving gender equality requires understanding the barriers that prevent women and girls from making free choices, and creating an environment which supports their own decision-making, including but not limited to choice of dress. Gender equality cannot be achieved by restricting individual freedoms including by policing what individual women choose to wear.”

We feel very gratified by the just uploaded recommendations to Greece on racism by UN CERD as they address even topics that only we advocated and for the first time (on 3 and 4 August 2016): Turkish minority in Rhodes and Kos, blasphemy laws, decriminalization of hate speech, ban of Golden Dawn (in addition to the usual positions on recognition of ethnic minorities and discrimination against Roma).

Although the Committee welcomed the recent efforts of the State party in its fight against racial discrimination, the Committee asked for data, figures and outcome of the policies implemented in order to assess the real progresses. In particular, information on the draft National Action Plan on Racism and Intolerance developed by the National Council against Racism and Intolerance was requested. The Committee welcomed the measures to improve anti-racism laws. Several questions were raised in regard to minorities and other ethnic groups such as Roma, Macedonians and Pomaks. Special attention was given to the situation of Roma and the State party’s measures such as in housing and education to improve their conditions. Concerns were raised in regard to extremist xenophobic groups in the country such as the Golden Dawn, and the Committee asked what actions are taken in line with the article 4 of the Convention. The Committee expressed concern on the reform of articles in the criminal code concerning racist hate speech and hate crimes. The Committee questioned the State party about protection measures for migrant workers from labor exploitation and racist attacks. The situation of refugees and asylum seekers, especially their conditions in detention centers and the situation of unaccompanied minors, was repeatedly raised by the Committee. Read more (English/ French) default_external link. NGO meeting (English/ French)default_external link. In concluding observations default_external link, the Committee issued recommendations concerning following areas: 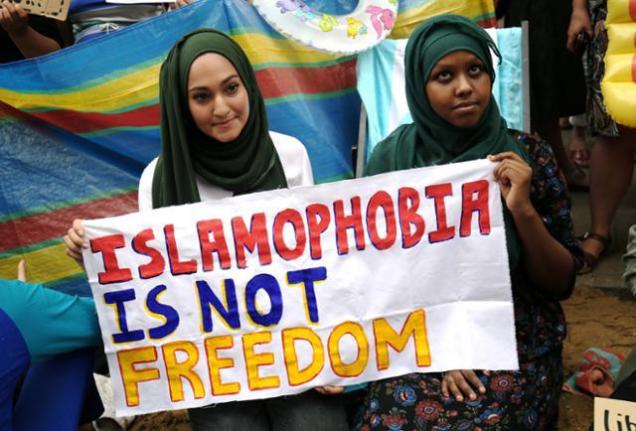 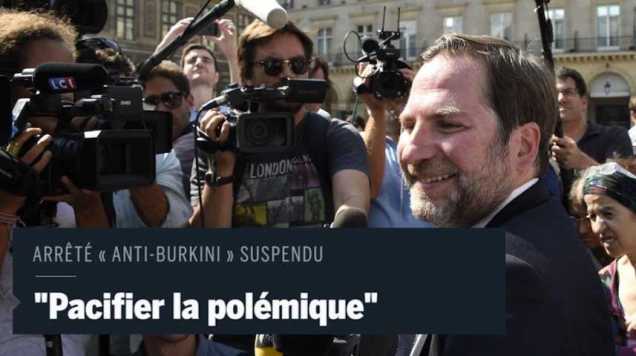 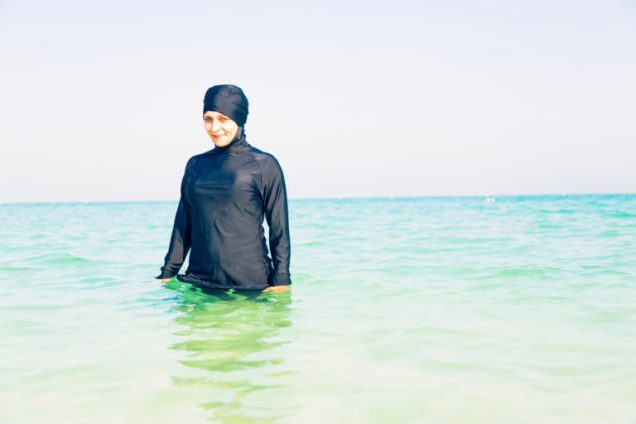 French courts have upheld that secularism should ensure freedom of, as well as freedom from, religion. Pictured: Young woman in a burkini.