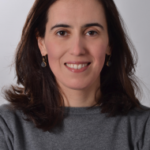 The World organization against torture (OMCT), Refugee Rights Europe (RRE) and the Greek Helsinki Monitor (GHM) are shocked by the stabbing to death of a 15-year-old Afghan boy and the serious injuries of two other teenage boys after a fight on 24 August 2019 at the Moria reception and identification centre (RIC) on the Greek island of Lesvos.

Expressing its shock, UNHCR also described the inhuman and degrading conditions in “the safe area at the Moria Reception and Identification Centre, RIC, hosting nearly 70 unaccompanied children, but with more than 500 other boys and girls staying in various parts of the overcrowded facility without a guardian and exposed to exploitation and abuse”; some of them are accommodated with unknown adults.

In June 2019, the OMCT, RRE and the GHM, together with 9 other NGOs, submitted a joint report to the UN Committee against Torture (CAT), expressing grave concern about the situation of unaccompanied children in the hotspot of Moria, where they spend on average five months before they can move to the mainland. There is an acute lack of available care, particularly mental healthcare, coupled with pervasive substance abuse amongst children, who are often experiencing severe trauma. An anonymous organization describes the conditions for unaccompanied asylum-seeking children (UASCs) in Moria: “The overall situation for unaccompanied minors is alarming. The living conditions in the shelters are substandards and supervision is minimal and not 24/7”. A serious lack of health care specialists has been reported, as well as a huge shortage of social workers and capable caregivers for children., Only one psychologist, two coordinators and two nurses are present for more than 300 children, and only until mid-afternoon. In addition, the police is the only point of contact for the children, but they are not trained to deal with children, especially traumatized children, and do not speak their language.

The Greek authorities are urged to conduct a swift and impartial investigation into the case, including any inaction by the facility management or those responsible, identify those responsible, bring them to trial and apply the penal, civil and/or administrative sanctions provided by law. They are further urged to offer compensation to the victims and/or their families as the fight occurred in an official “safe zone,” that is a designated as a supervised space within a temporary open accommodation site which is supposed to be used as short-term measure to care for unaccompanied in light of the insufficient number of available shelter places, for a maximum of 3 months.

In this regard, the OMCT, RRE and the GHM call on the Greek authorities to respect the UN Convention on the Rights of the Child and the Committee on the Rights of the Child’s General Comment n°6 on the treatment of unaccompanied and separated children outside their country of origin in taking the appropriate steps “to allow for the immediate release of unaccompanied or separated children from detention”[1], and to implement the CAT’s recommendations following Greece’s review in July 2019, to “ensure that children are not detained solely because of their immigration status. Detention should be used only as a measure of last resort and for the shortest period possible”[2].

The OMCT, RRE and the GHM echo the statement of the UNHCR Representative in Greece, Philippe Leclerc: “Moria is not the place for children who are alone and have faced profound trauma from events at home and the hardship of their flight. They need special care in designated shelters. The Greek government must take urgent measures to ensure that these children are transferred to a safe place and to end the overcrowding we see on Lesvos and other islands,” he said, adding that “UNHCR stands ready to support by all means necessary”.

It is small wonder that we are reading the very sad and unacceptable news that a child has died in Moria camp.

Greece has been condemned for years by human rights organisations and even the European Court of Human Rights for failing to protect these children and allowing them to live in an environment manifestly unsuitable for children.

Europe is also to blame, having found Greece legally responsible for their treatment of child refugees this year, and making a legal decision that Greece had breached Europe’s human rights convention forbidding inhuman or degrading treatment, their ‘consequence’ for the Greek authorities was a paltry 4000 euros to be paid to the kids.

Human rights organisations continued to report the horrendous conditions for children in these so called ‘safe spaces’ and still, nothing is done.

In the most recent report, from just a few days ago, our friends at Refugee Rights Europe evidenced the terrible conditions for child refugees in Moria camp.

“As of July 2019, the UNHCR reports a worrying 433 unaccompanied children living in the Moria RIC. A persistent issue reported by multiple rights groups is the practice of placing unaccompanied children in so-called ‘protective custody. ARSIS, a national child protection and advocacy organisation, reports on this issue as follows: In practice unaccompanied minors are put in protective custody in police stations and police detention facilities, spending up to two, and in some cases three months, in order to be placed in an appropriate shelter. For 2017, our professionals supported a total number of 353 minors in protective custody in the area of Thessaloniki only, while for 2018 this number reached 725 minors. Currently for this year we have supported 185 minors in those conditions. Hygiene conditions are extremely poor and the minors sleep in uncleaned beds and bedlinen, they are not provided with any non-food or clothing item, nor nutrition to live up to their development needs. There is no translator available by the police to explain to them basic procedures, and access to medical services is also periodic.”

“During 2018, HumanRights360 observed that detention of UASCs was systematically imposed and was prolonged for periods ranging from a few days to more than two months, pending their transfer to an accommodation facility. UASCs and other vulnerable persons were detained in both police stations and the RIC of Fylakio in so-called “protective custody” in unacceptable detention conditions.63 In a large number of cases, including UASCs and other vulnerable persons, there are allegations of informal forcible removals (push-backs) from Greece to Turkey at the Evros river border.”

“The situation is particularly serious in Moria on Lesvos where children spend on average five months in the hotspot before they can move to the mainland. There is an acute lack of available care, particularly mental healthcare, coupled with pervasive substance abuse amongst children, who are often experiencing severe trauma. As reported by multiple organisations, the police do not appear to have sufficient (if any) safeguarding training for the care of vulnerable children and young people, nor is there availability of translators. One organisation reported an alarming incident in which a child reported to the police that he had been sexually assaulted. In response, the police apparently went to the section where the children are housed and shouted “who raped this boy”, whilst pointing to the individual who had reported the crime.”

“An anonymous organisation describes the conditions for UASCs in Moria as such: “The overall situation for unaccompanied minors is alarming. The living conditions in the shelters are substandard and supervision is minimal and not 24/7 (supervision even differs for the two children sections as they are coordinated by different organisations; a child in the one section may for example take a guardian to see a doctor until 11pm, whereas a child in the other section depends on the time a guardian works or decides to show up). There is a huge shortage of capable caregivers (supervisors) for children. Up to mid- afternoon only two coordinators and two nurses (although this is on paper, the nurses of the sections often do not work on the times they should be working) are present for more than 300 children. Furthermore, only one psychologist is available. After the public officials leave, the police are the only point of contact for the children. Their presence causes fear among the traumatized youth. Many officers deal tactlessly and with disinterest with the youngsters. They do not speak their language and have no experience in dealing with trauma. We even see abuse of power.“

Amnesty called Moria “A scar on the Conscience of Europe’ in this report.

Small wonder then that this has now resulted in the death of one, the serious condition of another and a child who will live with the consequences, for the rest of his life. Consequences, which undoubtably arise from the conditions these children live in and the lack of care they receive. Especially mental healthcare.

We call on Greece to act. To immediately ensure that the death of this child is a catalyst to improve conditions for child refugees.

The Greek government must end the detention of children in all circumstances. Children must be provided with adequate accommodation, separate from adults, care and support at all stages of the asylum process in line with the best interests of the child, national and international law, including the immediate application of an effective guardianship system of unaccompanied children.

We call on Europe to act and recognise their responsibility in ensuring. We insist that the EU and the EC, as architects of this terrible containment policy on the Greek Islands, take responsibility and put pressure on Greece to ensure that the human rights of children are respected and upheld.

This child must not be allowed to have died in vain.

HOW YOU CAN HELP

If you would like to help to persuade Europe and Greece to make a change. Please copy and paste the text in this post and email it to;

Council of Europe
Office of the Commissioner for Human Rights
commissioner@coe.int

UNHCR, the UN Refugee Agency, is deeply saddened by news that a 15-year-old Afghan boy was killed and two other teenage boys injured after a fight broke out last night at the Moria reception centre on the Greek island of Lesvos. Despite the prompt actions by authorities and medical personnel, the boy was pronounced dead at Vostaneio Hospital in Mytilene, the main port town on Lesvos. The two other boys were admitted at the hospital where one required life-saving surgery. A fourth teenager, also from Afghanistan, was arrested by police in connection with the violence.

The safe area at the Moria Reception and Identification Centre, RIC, hosts nearly 70 unaccompanied children, but more than 500 other boys and girls are staying in various parts of the overcrowded facility without a guardian and exposed to exploitation and abuse. Some of them are accommodated with unknown adults.

“I was shocked to hear about the boy’s death,” said UNHCR Representative in Greece, Philippe Leclerc. “Moria is not the place for children who are alone and have faced profound trauma from events at home and the hardship of their flight. They need special care in designated shelters. The Greek government must take urgent measures to ensure that these children are transferred to a safe place and to end the overcrowding we see on Lesvos and other islands,” he said, adding that “UNHCR stands ready to support by all means necessary”.

Frustration and tensions can easily boil over in Moria RIC which now hosts over 8,500 refugees and migrants – four times its capacity. Access to services such as health and psychological support are limited while security is woefully insufficient for the number of people. Unaccompanied children especially can face unsafe conditions for months while waiting for an authorized transfer to appropriate shelter. Their prolonged stay in such difficult conditions further affects their psychology and well-being.

Nearly 2,000 refugees and migrants arrived by sea to Greece between 12 and 18 August, bringing the number of entries this year to 21,947. Some 22,700 people, including nearly 1,000 unaccompanied and separated children, are now staying on the Greek Aegean islands, the highest number in three years. 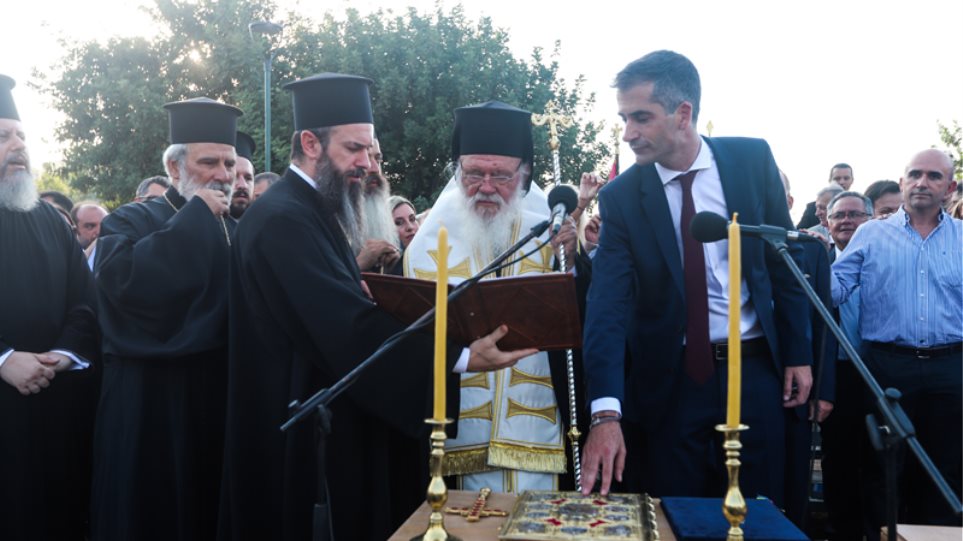 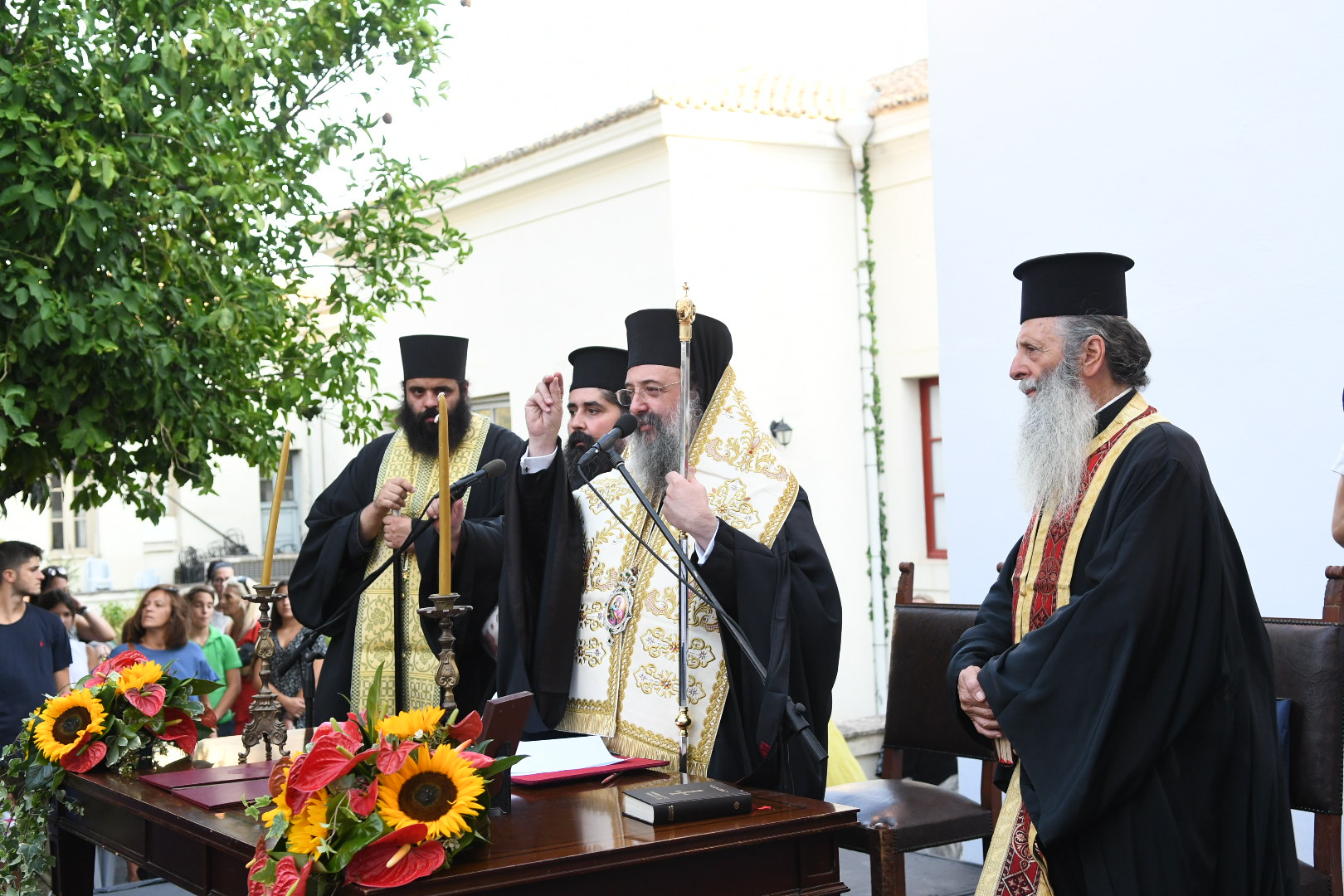 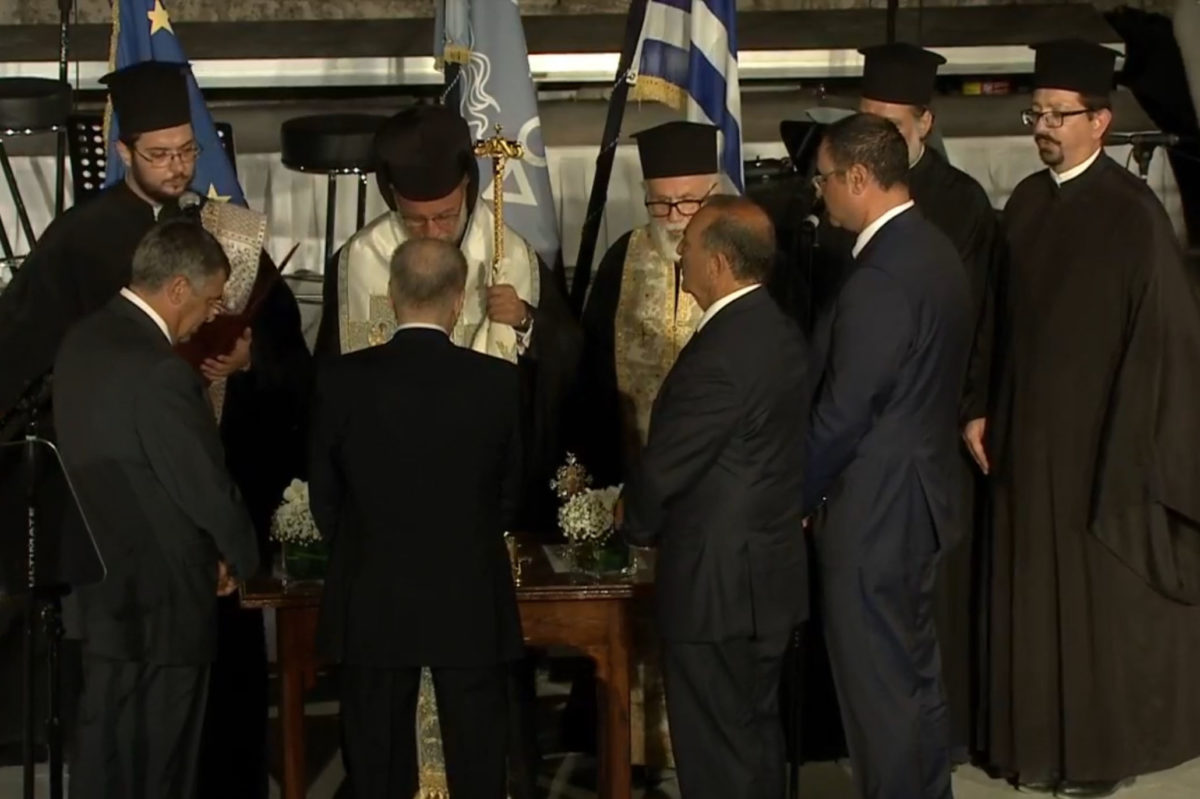 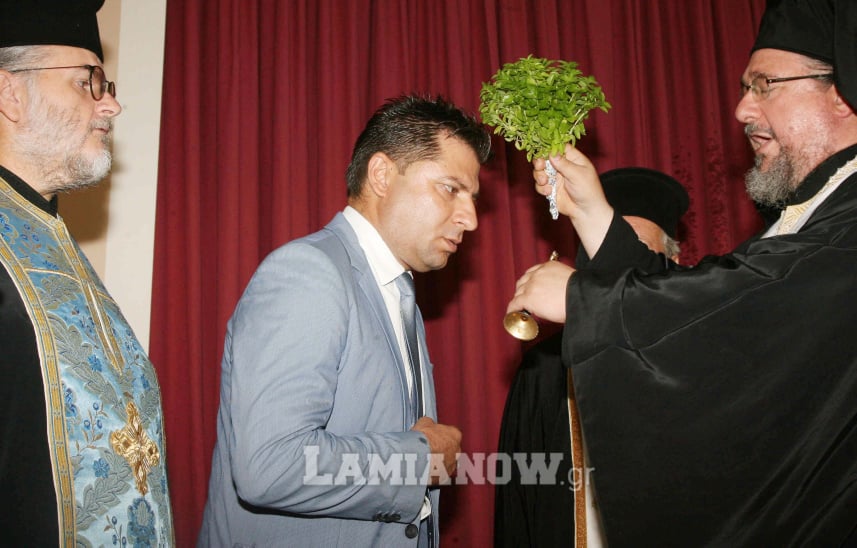 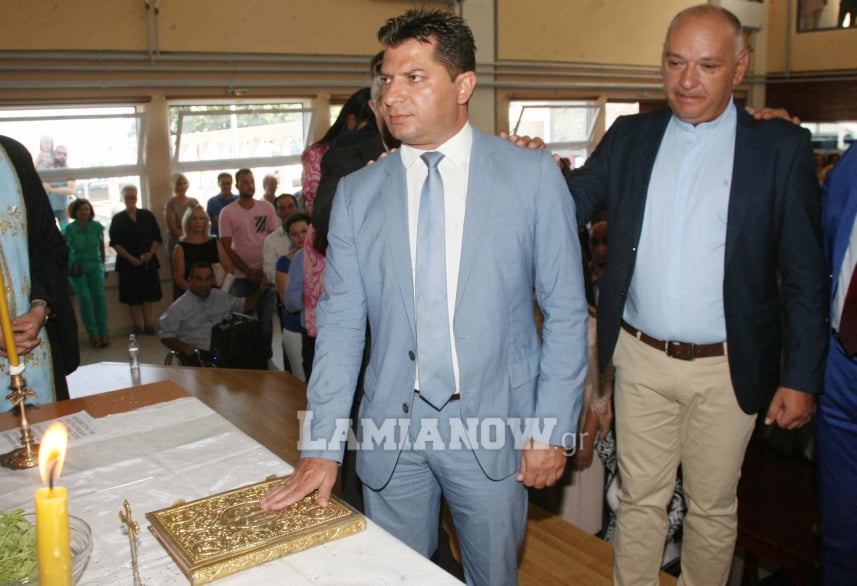 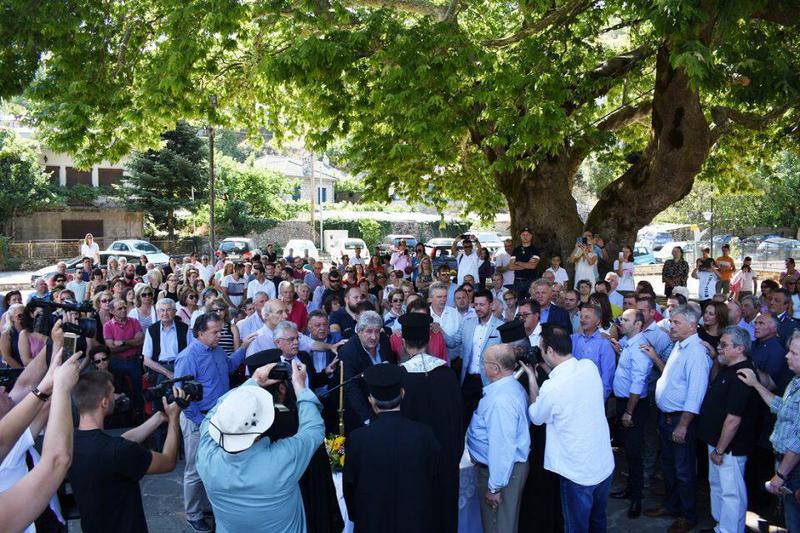 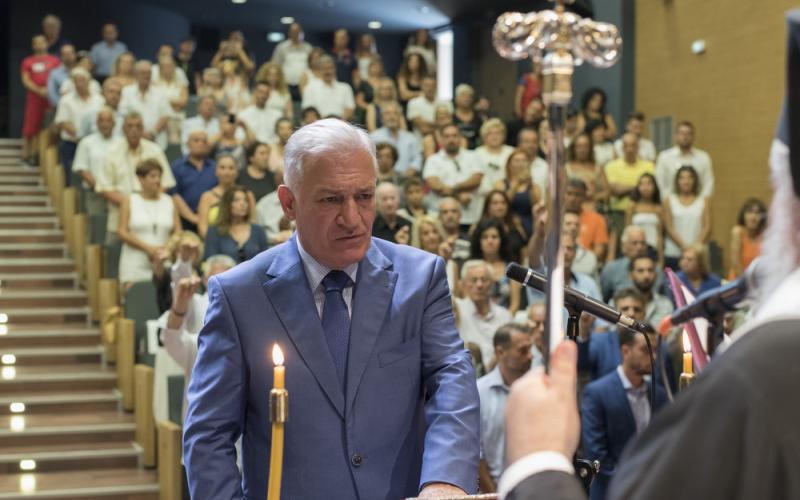 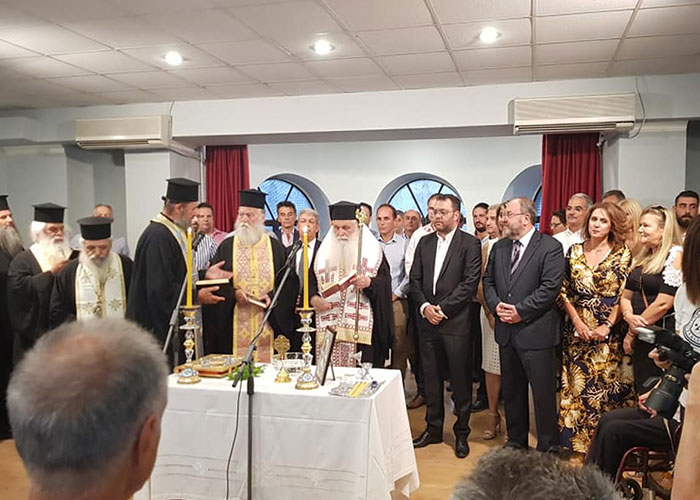 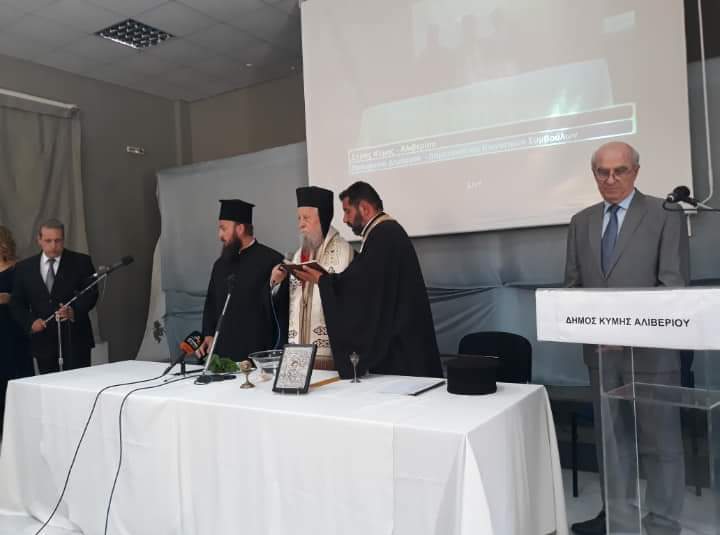 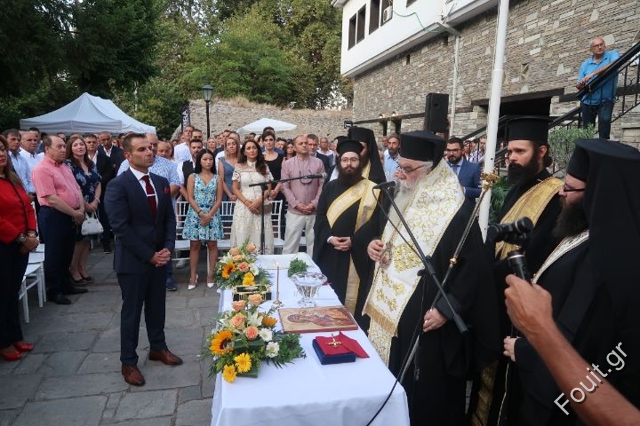 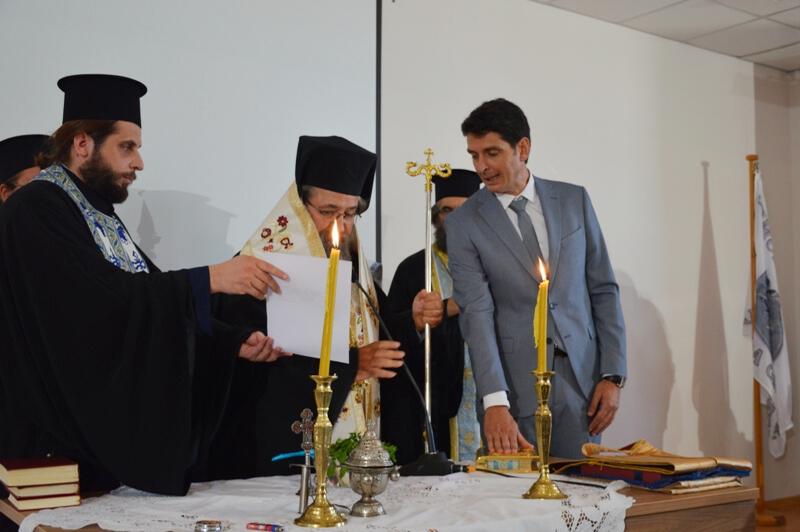